The software that can see around corners 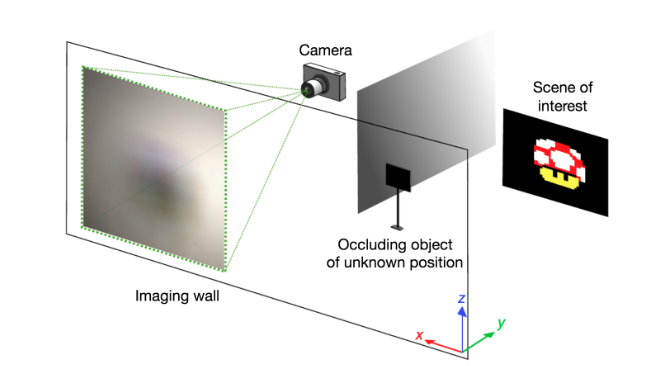 Using just an ordinary digital camera, a research team at Boston University have demonstrated the concept of “computational periscopy”, a theory that scientists have tried to solve for over a decade.

The technology analyses the shadows created by objects that are hidden from the camera’s view and reconstructs an image of the object that you can’t see. At the moment the software uses nearby walls and turns the wall into a mirror, reflecting the hidden object. Our view is it won’t be long before further advancements are made.

The fact that the technology is in the software itself and not the digital camera brings the possibility of the software integrating itself into the digital camera applications we use now every day. The moral question is which ones? An immediate benefit would be equipping vehicles with the ability to spot objects out of view and alerting the driver before a potential accident happens. The downside would be the potential surveillance applications and another slightly creepy step of being watched. The full write up of the project was published in the science journal Nature, have a read and feel proper smart. 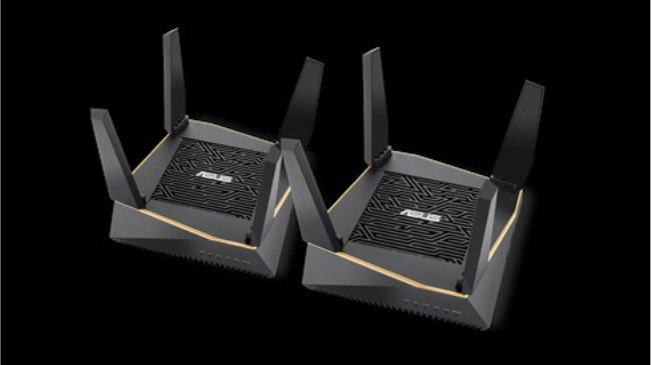 Probably our most techy find yet, the AiMesh is the worlds first WiFi 6 (802.11ax) wifi mesh system and likely the most powerful wifi you’ll ever get for your home or small office. Based on two separate modems rather than one that pair together to create a powerful mesh wifi network. How powerful you ask? Up to 4,800 Mbps, that’s a 10 Gb Dropbox file in under 20 seconds or a 4k movie in less than 3 minutes. Yikes! 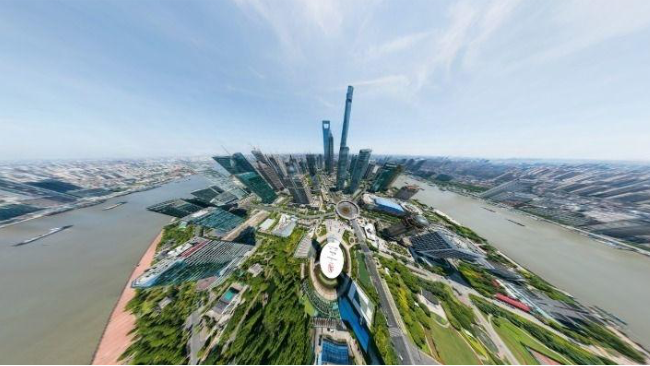 Sorry folks, this one won’t be available in Currys PC World anytime soon!

Tourists love to take photos, particularly from high buildings and landmarks. In Shanghai, the 468 meters tall Oriental Pearl Tower has created a holiday snap to shame any 40-megapixel smartphone wielding tourist.  The image is, in fact, an optical illusion made up of lots and lots of images stitched together to create a complete 360-degree view from the top of the tower. Thanks to the super high definition of the images you can zoom the far into distance spotting cruise ships in the harbour or spotting construction workers beavering away on the 52nd floor of Shanghai’s next skyscraper.

Shanghai really is a big place, so have fun exploring

The wireless phone is here, but are we ready? 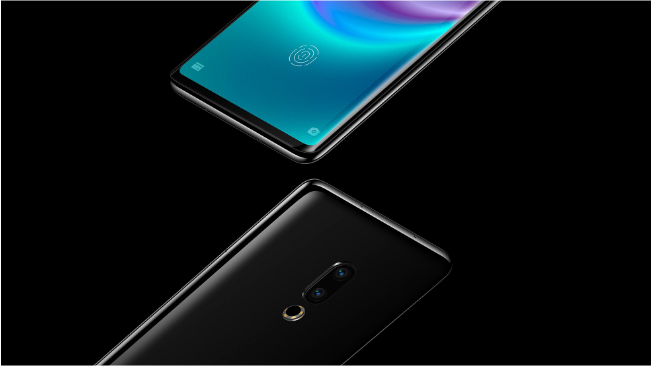 For decades we’ve been using portable technology to connect with each other and work in a more mobile way. From the first mobile phones or laptops to the very latest iPhone or tablet our tech has made huge leaps in power and capability. But one thing hasn’t changed (for now) and that’s plugs.

Steadily manufacturers have been releasing devices with fewer and fewer ports and sockets. But it hasn’t always been received with praise; iPhone fans objected to the removal of the headphone jack, and I’m still missing the DVD drive out of MacBook, plus a few more USB ports would be a nice touch Apple!?

That’s why with the news that Chinese phone manufacturer Meizu has released the Zero, a completely wireless and sealed waterproof smartphone, with no ports and not even an external speaker; despite delivering us incredible tech features we doubt it would be widely used or even liked.

The main reason in our view is us. The technology has progressed so fast we now need to change to keep up. Let me explain: The Zero features no speakers, emitting sound by vibrating the screen instead, like the iPhone there’s no headphone jack. And to charge, it ditches the cable for an 18-watt wireless charger. To fit with this tech we need Bluetooth headphones, get used to the wobbly feeling screen, and accept when its time to charge you’ll have to put the phone down or continue in a very fixed position. By pursuing wireless perfection are our manufacturers actually heading towards a point that actually ties us all down?

The 1TB flash drive, for your phone 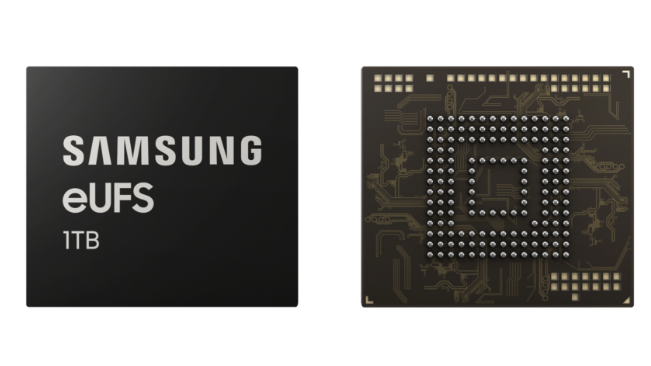 This one made us take stock at the frankly incredible rate of progression we still witness in the technology game today. Samsung has now made it possible to have as much storage as a premium level laptop, all within a chip that measures 11.5mm x 13mm.

The fact all of this happens at 1GB a second isn’t to us the most incredible thing about this latest release. Its the rate of progression we’re seeing that impresses us the most. You only need to look back to 2015 and an 8th of the space was the breakthrough. Look back to only 10 years ago and SanDisk was making waves with their 64GB 4 bits per cell NAND flash tech. At the time offered twice as much as what came previously, yet compare it with Samsung’s innovation today and its 4 times the physical size, and reads data 128 times slower!

With all progress, there is obsolescence. And in the context of flash drives bigger (space) and faster may not always be better. For many applications, we see that the tech of 2009 is still relevant and usable today; 64GB is still a lot of photos on a digital camera, or songs on your phone. And we must ask wouldn’t you get lost in 1TB of storage on your mobile? We should all get better at managing our files then.

Ai creates its own music, but is it any good? 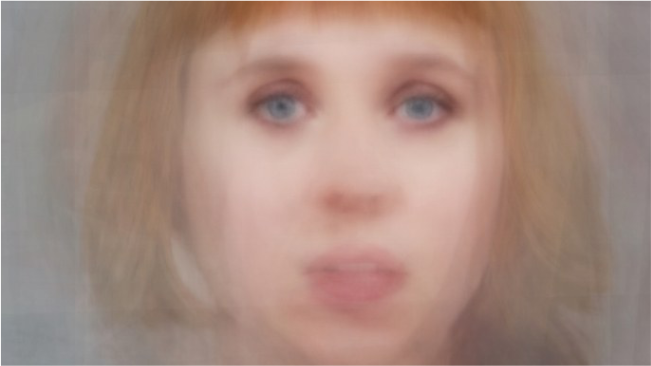 We spotted two articles in January that got us thinking about Ai from a less scaremongering approach. Much has been said about Ai replacing peoples jobs in various industries particularly roles which include remedial and repetitive tasks, but what about the arts such as design, music or fashion?

Looking behind the shock stories of job-stealing robots you actually realise in most cases the machine is taught, instructed and managed by a human. The arts are a little different, requiring the individual thought to create something entirely new. So can a machine not only learn but think like an artist?

Interestingly there are a number of musicians and producers out there that are looking to answer that question. The Berlin-based electronic musician Holly Herndon has collaborated with artist and theorist Matt Dryhurst to create an ‘Ai baby’ named Spawn. Spawn has successfully created its own ‘unique’ music by listening to the voices of its parents, just like a young child listening to the environment around it.

What it does next differentiates it from an ordinary machine to something else; rather than directly copying its parents it takes inspiration from what it hears and creates its own voice through an algorithm devised by its parents. The results are often unexpected and on the avant-garde music spectrum, ultimately the artist duo remains in charge of Spawn’s thinking by choosing what Spawn listens to and the parameters within the algorithm.

Elsewhere the London based digital composer Ash Koosha has created the Ai signer Yona, Described by Koosha as an auxiliary human. Just like Spawn, Yona has grown up listening to music before creating its own voice. The difference here is Koosha has been feeding Yona lyrics and musical melodies via generative software that takes references from pop music and mainstream media. Unsurprisingly, thanks to growing up listening to pop music inspired lyrics Yona sounds a little more mainstream than Spawn.

What both projects show is how creatives are being bold enough to explore the possibilities that Ai can bring, and by understanding it as early adopters us human parents can remain in control of the technology as it develops.

Thanks to Pitchfork and DazedDigital for the inspiration. 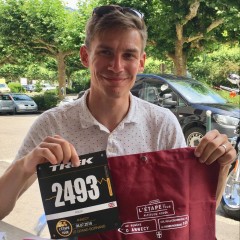 Our ethos is to listen, engage, build and support the client. We invest the time to understand a business, the challenges and successes, and identify the opportunities a partnership with Web Engineer can bring.

We’re experts in the cloud, from WordPress site hosting to enterprise-level cloud storage. Our cloud solutions can suit businesses of all shapes and sizes – Our approach is to offer complete flexibility around the needs of your business, delivered on a fully scalable server supported and maintained here in Exeter by our team of experts.

Your business journey has begun and your new website is up and running, but there’s nobody visiting it and it doesn’t appear in Google Search. What can I do? Fortunately growing site traffic today and getting more relevant visitors to your site count is definitely possible. But, like anything else worth doing, it takes work, knowledge, and consistency.